I’m officially one month into my blogging journey, so it’s time to share my monthly income and progress report!  I can barely believe it’s already been a month – It felt like such a long time even getting to this point and I’m already a month in!

Blogging is something I’ve wanted to do for a long time, but I just wasn’t ready yet… It’s funny how you can find every excuse in the world NOT to do something until you’re really ready.

So, on to the report!

Why am I sharing something so personal?

I’ve decided to share my income and progress reports for a few reasons.  First, reading other income reports was a HUGE motivator for me during the planning and building stages.  Doing something completely new can be scary and overwhelming, so it was inspiring to see other people making it work.

Second, I’m using this as a record of my progress.  It can be difficult to see growth and change when you’re in the middle of it, so I want to be able to look back at these reports to see where I was and also get a clearer picture of where I’m going.  It will help me to stay on track with my goals and fix any problems.

Just a note – I’ll be sharing any income as it’s EARNED, not as it’s paid out, because the payout times can vary so much.  It seems more accurate to show how what I’m doing right now is working, instead of trying to remember what I was focusing on 30-90 days ago.

I’ll also only be sharing income that came directly from this website.  I have several other jobs right now and do a little freelance work, but I’m not including any of that income here.  I want to show exactly and only what this website is doing.

Most of my focus this month was on creating a workable system.  I need to have a good schedule and flow to make this work, so I did a little experimenting.  When to write, when and what to post to social media, how to be efficient but not overwhelmed with the work it takes to create.

Once I have a good workable system, I’ll be able to focus more on growth.  That said, this month went pretty well!

I planned to write 2 new posts a week, but only publish one per week for the first few months.  This way, I will have a good queue of posts ready to go, so I can use my time to create, research, build, and learn.  (And just in case life gets in the way or I need a break.) That…didn’t quite happen this past month. But I did stay on top of writing for each week as it happened, so I’m calling that a win!

I actually started some of my social media accounts long before I officially launched Cozy Simple Calm.  My intention was to start building an audience before I even launched. Also, I wanted to see what that audience would be most interested in learning and what problems I might be able to offer solutions for, as well as figuring out my branding strategy.  So I started an Instagram account, converted my personal Pinterest account to a business account, and started pinning / posting relevant info.  No regrets! Both were super helpful in generating ideas and insights!  (If you’re reading this and you’ve been around since the beginning, thank you!)

I did have a few curveballs thrown along the way…

One week after launch, my newish computer decided to die on me.  Nightmare! Luckily, I was able to get it fixed quickly, so I only lost a few days.

Two weeks after launch, something went wrong and my theme disappeared.  It was just…gone. My poor website just looked like a string of code and random symbols.  It took me almost a day to notice! I was slightly terrified that I would have to start rebuilding from scratch.  Thankfully, with help from the support team at Elegant Themes, I was able to get back up and running quickly!  It turned out to be an easy fix, but I hope that doesn’t happen again.  (I also learned a very imporant lesson about having a good backup method!)

Since I had never done any of this before, I had NO idea what to expect traffic-wise.  I wasn’t sure if I could expect 5 visitors or 500. Turns out, I ended the month with 982 page views!  (My actual launch date was June 30th, with a soft launch for feedback in some of my favorite Facebook groups a few days before that, but since it’s easier to keep track of calendar months, I’m only counting traffic from July 1st to 31st for this report.)

Ideally, I’d like to double my traffic each month for the next few months, but we’ll see how that goes.

As I mentioned before, my main focus for July was on creating a good system, so monetizing wasn’t something I spent a lot of time on.  I didn’t want to ignore it completely, though, so I decided to apply to AdSense to hopefully at least make a little income the first month.  And I did! About as little as I could possibly make. I earned exactly $0.01!

I did have a little trouble getting started though.  AdSense reviews new accounts before approval and they did just that…on the exact day that my website was down.  Obviously, my initial application was rejected and I had to try again. And I was approved! With one day left in July.  So that $0.01 may not seem like a lot…and it’s not…but it felt like such a huge win! I actually earned money from something that I created.

I also set up my Amazon Affiliate account in July and added a few links to articles.  I had several clicks, but so far, no income there. Again, that wasn’t my main focus in July, so I am completely fine with that outcome.

Since I’ve been working on this project for so long, I’m only going to include expenses as they are billed.  Several things, like my hosting through Bluehost, are paid annually.  But I do have a few monthly expenses at this point.

In July I paid for:

Tailwind tribes boost – $1.94 – (I decided to upgrade to the next level in Tailwind right at the end of the month, because I wanted to add a few more pin submissions to my tribes.  They prorated the charges for the remaining days of my billing cycle – I’m not sure if I will keep the upgrade or go back to the basic level in the future, but it’s nice to have the option!)

I strongly believe in goal setting.  It gives me something to aim for and also a tangible way to see if I’m progressing or just standing still.  But, real talk, it’s HARD to set goals for something you’ve never done before. After a few months, it will be much easier to set reasonable goals.

These were my goals for the month:

Get approved for 2 affiliate programs – Success!  I was approved for both Amazon Affiliates and ShareASale, but I haven’t done much implementing for either yet

Get approved for 1 ad program – Success!  It took almost all month, but Adsense is up!

Monthly Traffic As of July 1st – 0

Email subscribers As of July 1st – 7

Now that I have a little tiny bit of info to go on, here are the goals I’ve set for August:

Get approved for 2 affiliate programs

If you’re reading income reports, there’s a good chance you have a blog or are considering starting one. I’m including a list of resources that I’m using on this adventure, since I found this info SO helpful when I was reading (devouring) other income reports.

After toying with starting a blog for a long time, but getting buried in ALL the info that was available, I decided I needed a little help breaking everything down.  So I made the decision to invest in the idea and bought the Build and Launch Your Blog course. It was a great investment! Alex and Lauren give a good step-by-step on how to get started, as well as their own experiences of what did and didn’t work for them along the way.

***Update*** Alex and Lauren at Create & Go have restructured their courses!  Build and Launch Your Blog and Make Money Blogging for Beginners are now one big comprehensive course called Launch Your Blog Biz!  This is fantastic news, because this single course now has all the information you need to get started.

There are a lot of hosting options out there, but I decided to go with Bluehost.  It’s cost-effective and their support has been fantastic anytime I’ve run into an issue or even just a question.

Again, there are SO many theme options out there, but after doing a little research and reading reviews, I decided to go with the Divi theme from Elegant Themes.  There’s a little bit of a learning curve, but hey, I was already learning everything else, so why not? They offer training videos for everything you could possibly need and their support has also been fantastic.

Since I wanted to do this right, I knew I would need all the legal pages right from the beginning.  And frankly, that was a huge roadblock for me. I’m not a lawyer. I had no idea where to even start. I was anticipating So. Much. Research.  Then I found The Legal Bundle. Amira IS a lawyer and The Legal Bundle is exactly what I needed. HUGE time saver.

ConvertKit is so easy to use!  I have used several other email service providers throughout the years and ConvertKit is hands-down my favorite.

I would be lost without Tailwind.  I used it to schedule both Pinterest and Instagram each week. Instead of spending time each day pinning to Pinterest and posting on Instagram, I can set up my queue for the week and move on to other tasks!  Tailwind is also approved by Pinterest and they have helpful features to keep you out of “Pinterest jail”.

So that’s how my very first month blogging went!  On to the next month! 8 soups to warm you up this fall Read More » When life forces you to slow down Read More » 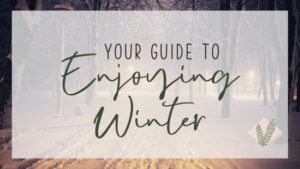 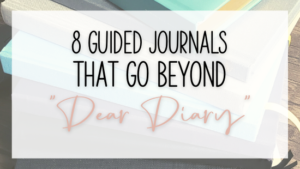 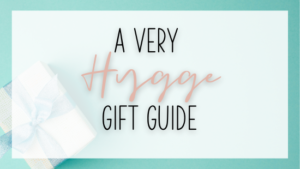 Read More »
Menu
Copyright 2021 – CozySimpleCalm – We are a participant in the Amazon Services LLC Associates Program, which is an affiliate advertising program designed to provide a means for sites to earn advertising fees by advertising and linking to Amazon.com.
63 shares